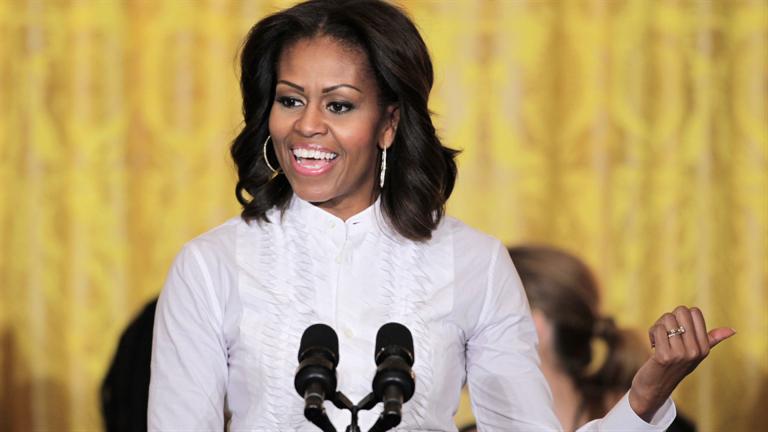 Well, I’m sort of getting tired of her.

Yeah, I know that puts me in a very small minority, but I get sicked and tired when anyone receives unconditional admiration.

In her recent interview with Oprah, Michelle states that race is the thing that least defines us yet it something that we use to judge. Remember she is talking to Oprah, another black woman. I am sure she chose Oprah, her buddy and pal, based on nothing but dual respect. Her husband received 93% of the black vote. That is a ridiculous percentage. I mean Ted Williams received 92% of the Hall of Fame vote. Wonder if race helped with that demographic. In her DNC speech, she raises the point of slaves building the White House. In other words, for someone to claim that race is something that should not define us, it is something that she is obviously very conscious of, willing to mention in public performances, and is something that benefited her husband in the voting booth.

Also she is just so smug. She is dressed so perfectly, looks so nice, and has that fake smile on at all times. I just know she was the type of person in high school that would ignore me and probably even look down on me if she ever learned my name. I sense a lot of Jennifer Lawrence in her; fake facade masking a snooty snoot snoot. ‘When they go low, we go high’…..yeah, that self-proclaimed higher ground really worked out well, huh?

I don’t hate her, I mean she has the basic First Lady charms that capture most of America. And I obviously can be wrong about her. But there needs to be some resistance to her pristine image in the media. No one is perfect, including her.