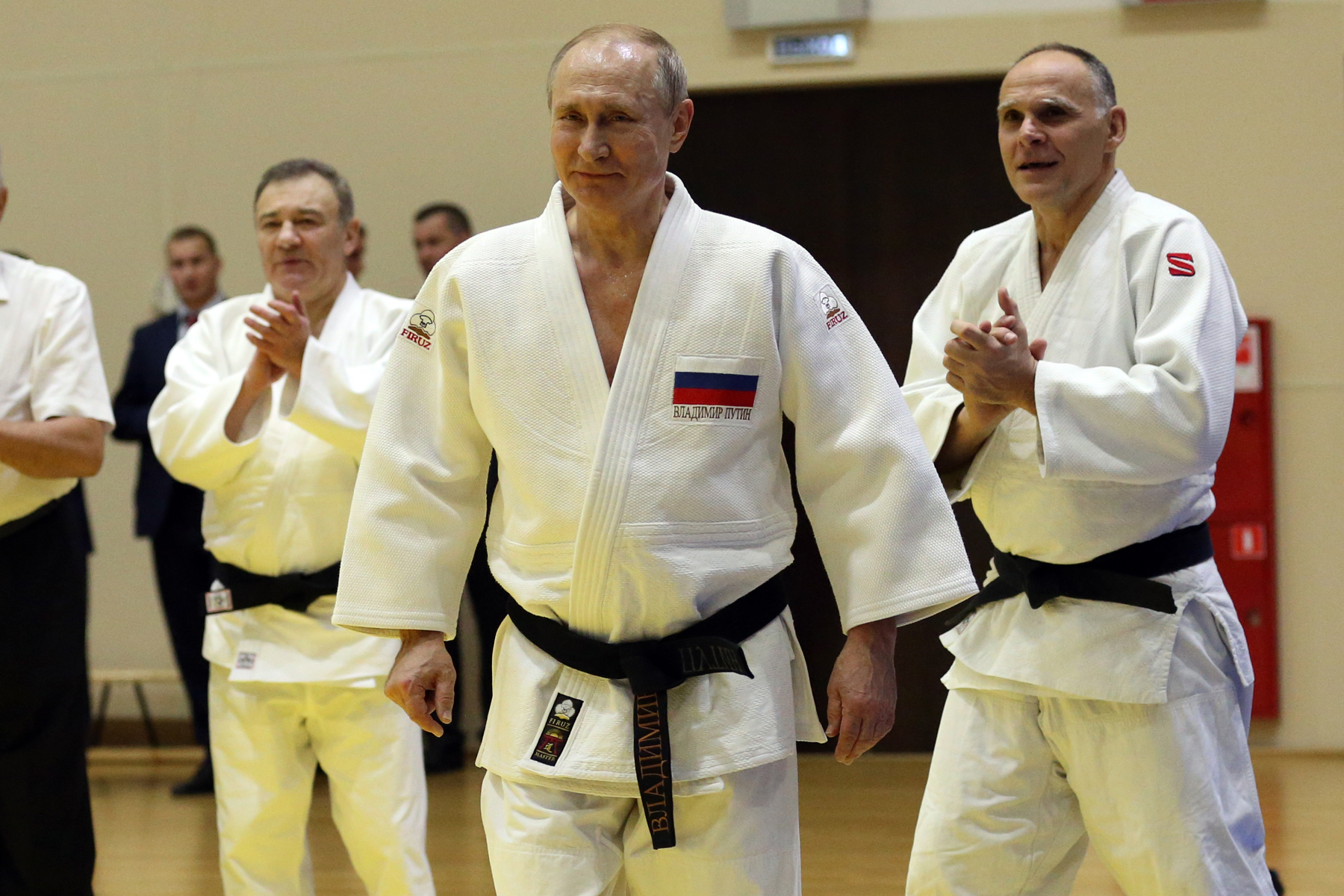 I am sure everyone knows that Russia has launched a very ill-advised attack on Ukraine starting last week. We need not get into all of the details why Russia would do such an anti-social, dangerous, and utterly rude thing (cough….oil supremacy….cough), so all I will comment on this is that Vladimir Putin is sort of a jerk.

Apparently, most of the free world agrees with my assessment of Putin and have since done a myriad of things to hurt the autocrat’s war and stance in the world. Things such as sanctions on their money, banks, trade, and other types of things that I don’t understand.

But there has been one agency that has levied a counterattack so harsh, so debilitating, so personal to Putin. And that is World Taekwondo; they stripped Putin of his honorary black belt.

First off, there is nothing more precious to anyone than an ‘honorary’ anything…I mean you can’t spell ‘honorary’ without the word ‘honor’.

Secondly, I am sure this has sent a cold chill down Putin’s spine. What do his peers think of him now? What does a Steven Seagal saying about Putin behind his back. It probably is not understandable due to his fat face, but sure as shit Steven is talking. And how about a Jean-Claude Van Damme? What does he think about all of this? None of us truly know, but if we know Jean-Claude, it probably involves a roundhouse kick into a splits.

And what about the Valley?

This last one brings me to my final point: yes Putin being stripped of all Taekwondo status is both humiliating and ego-draining, but this also makes Vlad a free agent in the martial arts scene. Will Danny LaRusso, Johnny Lawrence, or John Kreese errrrr…..Terry Silver pick him up?

Honestly I don’t see Danny taking that chance; Miyagi-Do has never been about aggression or anger. So that one is a no.

Now Johnny is interesting; there was a time I would have thought Eagle Fang would have reached out to Putin about joining up. But I think Johnny is learning from his past mistakes and…well…I don’t see a future for Vlad at Eagle Fang. Besides, Johnny is still living in the Cold War Era so Putin would be no friend and Vlad would probably not take kindly being called ‘penis breath’.

And finally there is Cobra Kai. Now at first this may not look so good; a Kreese/Putin friendship seems unlikely due to the fact Kreese spent his younger life fighting the Viet Cong. But now….well, this is different story. Terry Silver is now in charge of Cobra Kai, and he is about as insane as they come. Couple that with his close connection to Asia (owns DynaTox Industries: business plan is to dump toxic waste in Borneo) I think this is a match made heaven….or HELL!!

Anyway, it will be very interesting in the upcoming weeks to see if Terry will reintroduce Putin to the martial arts fold, thus creating shock waves across all martial arts disciplines. I am not saying it will happen, but don’t be surprised if you see Vladimir Putin in the finals of the All Valley Karate Tournament next season squaring off against Miguel.