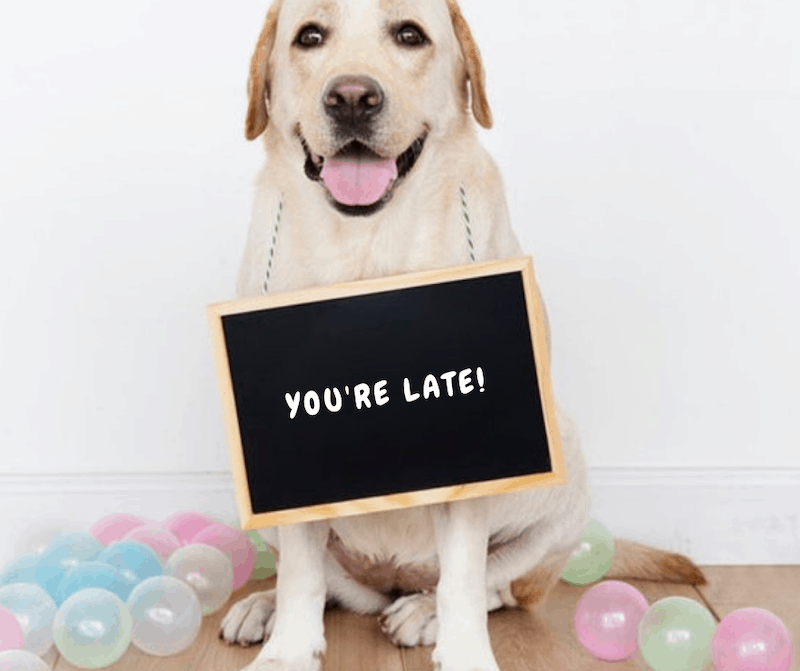 I swear my dog can tell time.

I know this sounds crazy because…well…she is a dog and dogs do not understand the rotations of the earth around the sun, much less ever owning a watch or anything.

And when I say every day, I literally mean every day. She has never once misread a situation and came late; in fact many times she comes early, not because she is mistaken but because she has this sense of entitlement that I have to take her outside whenever she wants to go.

Some may argue that this is no proof of time recognition or not really all that impressive. But let me ask you this: how many times do you lose track of time, or eat late, or arrival tardy to something? I bet it has happened to you once in the past month. On the other hand, Arwen the Dog has not missed one of her self-appointed times. And you have clocks, a watch, a cell phone (with alerts mind you), and the gift of knowing how to read numbers, that give you a distinct advantage in this time-telling contest. And despite this, you are surely losing to my dog.

Granted, I agree that Arwen the Dog does not have as many obligations as you do. In fact, her entire calendar is pretty much free every day because…well…she is a dog. This does free up her little dog brain to focus on the time. But still, this also frees up her brain to think of other things, like how to cure cancer, fight world hunger, and the squirrel she saw yesterday. And I don’t think Arwen is setting her mind on any of those things; cancer is still around, world hunger remains an issue, and that squirrel only enters her mind in a dream state now.

In other words, it is clear to me that Arwen the Dog can not on;y tell time, but sense it even better than you or I. Don’t get me wrong, I don’t see this as some sort of sign of higher intelligence. I see this more as an irritant. I mean how would you like having to wake up every day….EVERY DAY…..at 6:30am to take this little brat outside, go around the block, then feed her? And you don’t? She just stares at you while you are in bed…..breathes on you….stares at you…breathes…like some sort of creeper. It gets to the point where you just take her outside just to stop this weird passive-aggressive behavior.

Yeah, Arwen the Dog is sort of a jerk.

I would write more, but she has just scurried up the stairs and is now looking at me. Must be time for her afternoon walk.

I guess I lost track of time.