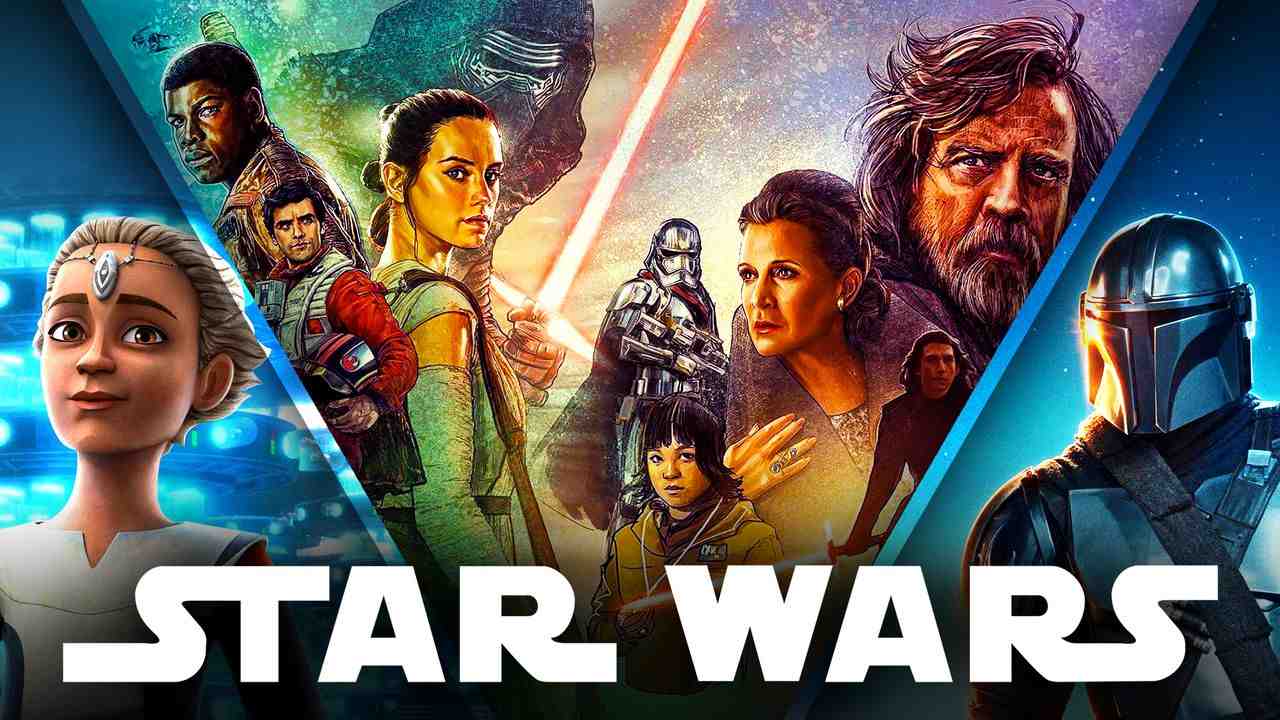 In a way, Star Wars is all of those three things.

And there in lies the problem.

Originally, George Lucas and friends sought out to make a fun, B-movie-ish western set in outer space that was ambitious, but not really planning on becoming a huge, world-building empire with multiple plots. Obviously this has changed throughout time, where we have literally dozens of offshoot books, comics, and expanded universe ‘fan fiction’-esque stories that have entered the fray over the past 40 years.

After the huge success of the original trilogy (and a new toy deal with Hasbro), Lucas set out to really flesh out the main story surrounding Jedi and the force and created very ambitious and world-building movies in the prequel trilogy.

So when Disney sunk their Mickey gloves into this franchise, they expanded on Star Wars in sort of a neutral, safe way: lay heavy into the nostalgia, create new characters and storylines, but don’t let these new characters deviate far from the original trilogy that had so much success.

People sort of liked them, then forgot they existed.

So now we are in the TV age of Star Wars: newer and more daring characters and stories in the Mandalorian, which infused the franchise with some new energy. I mean who doesn’t love Baby Yo…..errr..Grogu.

And now we are at The Book of Boba Fett, which once again treads that safe water of familiar original trilogy character in the safe environment of Tatooine, but sort of feels like Mandalorian-Lite.

So here is my issue once again: Star Wars….what are you?

I think you want to be a big, expanding universe that gobbles up all competing franchises, but every time you try to add new stories and new worlds, people receive them in a lukewarm fashion at best. You even tried this with some animated TV shows, and there was some success there. But Star Wars is a movie franchise, and the moment a live-action film is made that somewhat contradicts any of the animated storylines, which story do you think will be canon?

I think right now you are a small, safe, self-contained franchise that cannot be a big, expanding universe until you start creating new characters and plotlines that distance yourself from the Skywalkers and Tatooine. It is sort of like an old, pathetic, burn-out high school jock who keeps hanging out at teenager keggers on the weekend, recalling his great feats of yore to some unexpecting sophomores.

But, I know what you are good at: patronizing nostalgia. Oh, you are very good at that. And that part has still let you idle in neutral for decades while still making billions of dollars.

So maybe that is you are? Maybe you want to be big, but you are sort of trapped in being a small and fun adventure series? I’m still not sure. All I know is that Star Wars used to be the most bullet-proof franchise of all; I mean even their most ardent fans say they hate around half the movies and yet they are still ardent fans. But now it has been surpassed by first Harry Potter and now the Avengers. If Star Wars wants to be the big man on campus once again, it has to know what it wants to be and focus instead of living in the past like Uncle Rico.