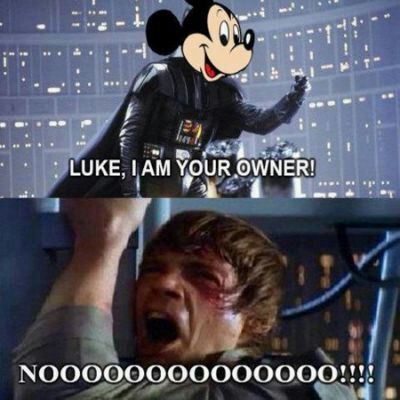 So I saw the new Star Wars last week.

To be fair, it is not that bad of a movie. It is parsecs better than episode 7, the installment that makes this series on the verge of ruin for myself, and episode 8 actually does have some ‘f- you’ moments towards episode 7. For example, many of the set-ups from ep 7 were completely dismissed in ep 8; Luke tossing the light saber, Snoke referencing the fact Kylo lost to a tyro with a lightsaber in Ren, the entire character of Captain Phasma and Snoke, and the overall motif of ‘letting go of the past’ (something that obviously goes against the complete nostalgic slock of ep 7). I obviously like that middle finger to ep 7.

However, there are tons of bad parts to the film, both from a storytelling perspective as well as a Star Wars nerdy angle. Why does Rey have so much power despite not being trained? Why did Finn and Rose go to Las Vegas and spend 30 minutes of screen time there? Why is Finn even a character?

But what transcends my review of this lone movie is a revelation I have had about the entire Star Wars franchise:

Maybe it just isn’t that good.

OK, hear me out on this. There is no question that ep 4-6 captured the imagination of the entire world and has been the most profitable and beloved American movie franchise of all time. But if you think about it, what Star Wars is now is not what it was initially meant to be. For example when A New Hope came out in 1977, there was certainly a saga-like feel to the movie. But no one had any idea where this thing would take off to at the time. Case in point, the Star Wars Christmas Special of 1978. So Lucas and friends fleshed out a few more stories to catapult this series into even more popularity.

Then it stopped. For 16 years.

In fact I would argue that Star Wars was never really intended to be a ‘universe’. Sure there are past scribblings by Lucas about the Sith, Vader’s back story, the Emperor, etc, but nothing fluid and concrete. And definitely nothing that would make the initial audiences in 1977 to think this was the beginning of a huge universe spanning over 10,000 years of Jedi/Sith battles. Because of this, I would argue that the basic building blocks of Star Wars (ep 4-6) are not a solid enough foundation to support the immense fantasy skyscraper it has become.

Why do almost all Star Wars fans hate ep 1-3? Why are Star Wars fans iffy about the new installments? Why is this franchise being nitpicked to death? I mean almost all the die hards literally hate half of the franchise (ep 1-3, and 7 or 8). Maybe because the fans want it to be something it cannot be; a fluid and consistent space fantasy that is completely well thought out.

Sorry folks, maybe Star Wars is just a summertime fling that can never blossom into the steady relationship you desperately want it to be. But it was fun while it lasted.