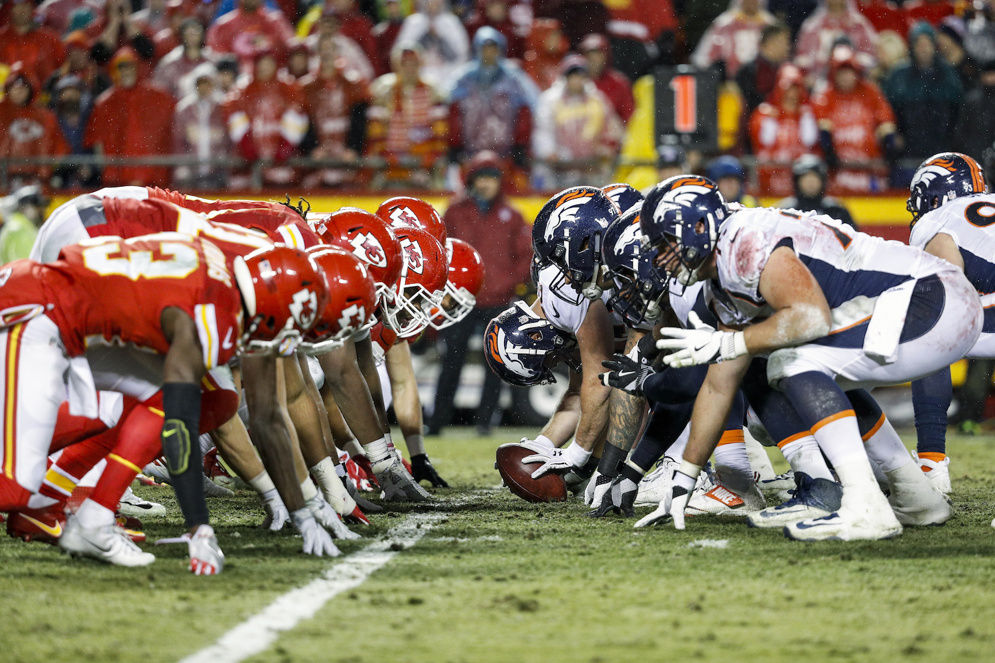 To be fair, the quarterback is the single most important position. He handles the ball on every position and makes tons of decisions. But there are 21 other players on the field, 53 players on a roster, 10+ coaches on each side, and is easily the most complex sport of them all. I think this way to much of a simplified way to look at the game of football.

But I have been saying this for years. I hate sophomoric analysis by the media that clearly show they don’t appreciate or understand the complexities of the game. And even those people that do know the game, many distill down the details to appeal to a broader crowd. But all this really does is promote ideas of the game that are either incomplete or incorrect.

So what’s the point of all of this? Well, I have made a decision: a decision about the game of football.

The most important thing about football is the offensive and defensive line.

Now I know what you are saying, ‘No Duh!! We all knew that. This is not incitement at all’. Well, let me ask you this; name me 20 offensive linemen. Now name 20 quarterbacks. Yeah……

So my point is that you maybe know that the lines are important, but what I am saying is that it is the MOST important part of the game. So much so that all success and failure starts with that. Therefore all commentary about any team needs to START with a discussion about the line.

Now this is not to say that this is the ONLY thing that matters. Once you have the line set, you still need a quarterback to do the rights things, receivers to make plays, safeties to hit hard, etc. But with those lines, any skill player you have is rendered completely ineffective.

I hear about Sean McVay being some sort of genius, or that Tom Brady is the greatest quarterback ever. Well, these things may be true (well, not McVay), but the Rams would not be able to run any of Seanie’s cute plays without an O-line that is probably the best in the league (with no injuries from last year to date). Without protection, Brady can’t do anything. Reference the 2015 AFC title game in Denver. The next day, Belichick fired his O-line coach. I can go on, trust me on that, but it won’t make for good reading.

The point is that all discussions on any team has to start with the O/D lines or else it is not a worthwhile discussion. Sure it is not sexy and a completely arcane part of the game (hell, I don’t understand what they are doing in terms of the calls, the coordination, etc) but this is the guts of any team.

So next time you talk ‘smart’ about any football game, please don’t dive into quarterback match-ups or cliche coaching battles to start, look at the line match-ups first. Even if you don’t know the players on that side, at least you will sound smarter.