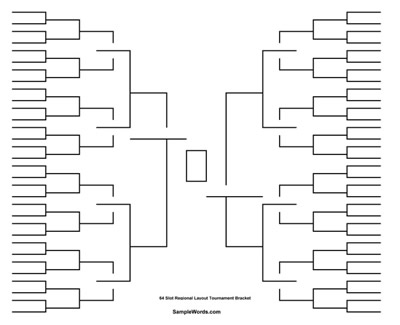 It is March, which means….well you know what it means. NCAA basketball, championship, filling out brackets, etc. Some even say that it is the best time of the year for sports.

Ehhhhhh, not so fast.

Being from Tucson and having a championship contending program for 30+ years obviously makes this time of year special for myself. But there are some side effects to this exciting time of year:

1. You have to endure hearing about everyone’s bracket they filled out and how their bracket is now ‘busted’.

Honestly, no one cares about your bracket. In fact, I care more about your fantasy football team than your bracket. Keep your picks to yourself. It’s not like you actually watched any of the games this season, or even know any of the players. And, for some odd reason, you pick in upset, that does NOT make you smart or some sort of clairvoyant. You got lucky. You don’t know anything. Let’s leave it at that.

2. The constant mis-seedings of the NCAA committee.

If your name is ‘Duke’, ‘UNC’, or ‘Kentucky’, you simply get privileges. If you are on the west coast, not so much. Case in point, UCLA. Now you would think that UCLA would be robust to the East Coast bias. But au contraire. According to Joe Lunardi, they are a #3 seed. Kentucky is a #2 seed. UCLA has a better record. They are in equivalent conferences. UCLA has avenged all 3 of their losses when playing that team the second time. And, oh yeah, they actually BEAT Kentucky at Rupp Arena this season. So why in the hell would an expert like Joe Lunardi predict such a thing? Granted, this is not the end of the season and nothing is set in stone as of yet, but just the mere speculation of this show you how biases the seedings are. And don’t get me started about what happened to the UA in 1995.

3. The importance of the regular season is diminished due to the emphasis on the tournament.

This one is the biggest issue of all. In the past, things like winning your conference and performing well in big games was valued. But now, the only thing people talk about is how a win/loss affects the seed. In fact we evaluate coaching legacies like this now. The fact Bill Self has ONLY won one title is kept in mind more than the 13 straight Big 12 titles Kansas has won. Yes, 13 straight. And the Big 12 is actually good. I think that accomplishment puts him as the premiere coach in the nation. But he only has won one title. Well, Kevin Ollie won one title and it was an absolute fluke. They have never been better than a 7 seed since and this season are not going to make the tournament. Do not tell me Kevin Ollie is even in the same ballpark as Bill Self. That is just one example, but things are getting worse on that front. The regular season feels more and more like a bunch of practices before the tournament, then you roll the dice and hope you get lucky 7-11.

The tournament, albeit fun and exciting, is simply not a great way of determining a champion. No one believes an entire season of 30+ games is worse indicator of a team’s quality than a random 7 game tournament designed for the best teams to stub their toe. Yes, I like the tournament, but I will NOT necessarily recognize the winner as the best team, or their coach as a genius.