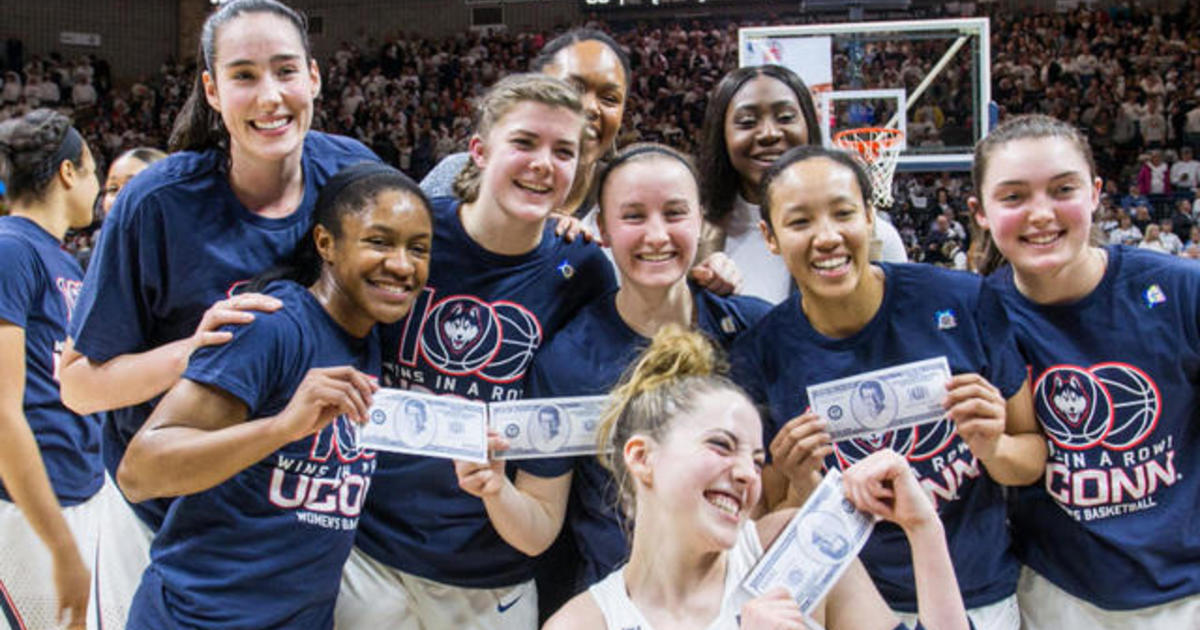 Yesterday the UConn women’s basketball team won their 100th game in a row.

Well, it sort of is amazing. But….

Yeah, yeah, it is quite the feat. But c’mon now!! Are other teams even trying?

I know it is only women’s basketball (and before you launch into a rant about me being sexist, name me 5 women players……yeah, that’s what I thought) and there is less money and attention than there is in the men’s game, but hell! At least they play the game on TV. At least the coaches get paid more than anyone reading this article right now. At least there is some level of interest in these games. How can one team surpass everyone else so drastically, and for so many years. I mean it is not even close. UConn is sooooo much better than every other program, it is sick.

Now you, like the lazy fuckin’ idiots at ESPN, may think this is a good thing. Yeah, this oddity of dominance has brought some additional attention to the game, but what is the cost? In reality, it is only team anyone cares about, and everyone knows they will win the title again. Why even watch another team? This is not competition, this is stupid.

Apparently Geno Aureimma knows something that no other women’s coach know. Sure, he gets the best players, but other teams (very few, but there are a few) have reasonable enough talent to compete. There is something else going on. I am sure his coaching and the way he coordinates his philosophy with his players is top notch, but I think this is an indictment of the other coaches in the game. I can guarantee you that if Geno went to the men’s game, he would not even achieve a fraction of the success he has earned at UConn. Yes, some of it is the talent gap is much less at the men’s level, but again it is more than that. The coaching at the men’s level is just better.

Seriously, these female coaches have to step up their game and stop whining about Geno lapping the field over and over again. There is a ton professional jealousy towards him, and him being a male dominates a female sport also fuels the intensity of the envy. And I don’t blame that visceral reaction to his success. But there has to be a change in the women’s game. And it has to be soon. Or else the entire female game will became as irrelevant as the games that don’t involve UConn.