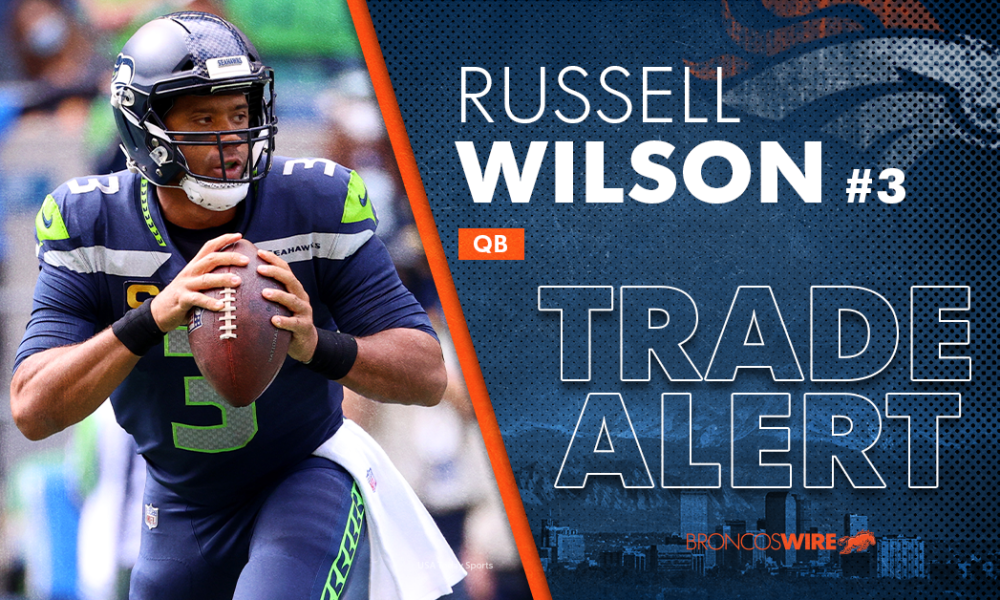 This is not to say a trade was totally shocking. Anyone who has followed this drama as closely as any Hawk fan has knows this was possible. It just felt less and less probable (for this season) as the off-season deepened.

So the three main questions are:

Let’s attack each question one by one…..

Well, this discomfort in the organization about Russell has been going on for a number of years. To make a looooong story short, I feel it came to this: Russell thinks he is an all-time great QB and wants to have more control over the offense and also to get paid handsomely for it in his next contract due next season. The Hawks think he is good but not great, on the downside of his career (mainly due to his increasing lack of mobility) and don’t want to deal with his super-agent Mark Rogers in the off-season, who will ask for Aaron Rodger’s money (~50 million, or about 23% of the salary cap).

The whispers of front office dissatisfaction for Russell started in 2017, where GM John Schneider was scouting out QB’s at the combine, namely Patrick Mahomes. Faint rumors of trading up to get Mahomes were in the air, but ultimately nothing became of this.

Cut to 2018, once again Schneider is poking around the QB chicken coup and louder rumors were circling about trading Russell to Cleveland for the #1 pick, to draft one Josh Allen. Once again, this did not happen. Why was Schneider dipping his toe in the QB waters at this time? Well, Russell’s contract was due up around that time and there has been a belief that the powers-that-be do not believe Russell is really capable of growing into a true elite QB. Why wasn’t he traded? Rumor has it Pete Carroll nixed these ideas.

Now cut to 2020, where Russell, agent Mark, and puppet Colin Cowherd were all on the warpath demanding Russell get more say as respect in the organization after their 1st round defeat in the 2020 playoffs and if not, wants to be traded…to four select teams….publicly….on Dan Patrick.

Well, a trade in 2020 didn’t happen, but you can see the gauntlet was thrown, feelings hurt, and we are where we are today.

I say yes, but only time will tell. It hurts the Seattle community to lose such a big name, but let’s face it: this team was not going to compete for a title in the next 2 season (when Russell’s contract is officially up); they simply do not have the personnel to do it. So is the answer to cross your fingers in free agency and maybe burn more resources in trades in the process, then sign Russell to a contract that eats up 25% of your cap? Or trade him now, get some resources, and start the rebuild now.

I say the latter.

I am one who does not value a QB like most people; sure it is the most important position in football, but not as important as everyone else says. If QB’s were all important, than Aaron Rodgers would have made more than one Super Bowl, as with Drew Brees, Dan Marino, and many other greats who never went to one. You need a complete team with a good QB. And as a side note: we can see the last 2 Super Bowl winners did; built a team based on solid personnel, especially on the line, and then ‘recruited’ a known QB to fill that vacancy. Seattle can do the same, or draft one at some point.

Well, just build. Through the draft, through free agency, etc. Be patient, be smart, and be lucky. I know that doesn’t sound great, and it is easy to point to teams that have tried this and failed, but in a sense most teams fail if you measure success as a Super Bowl; only 1 out of 32 teams win a Super Bowl. And this Hawk team with Russell Wilson was NOT going to any Super Bowl. Remember, this Hawks team have one exactly 1 playoff game in 5 years. Remember, this team has not made the NFC title game in 8 years. Granted, that is not utter failure, but c’mon now, you have to do something. Big. And they did.

My overall take is that both team’s did what they felt they needed to do, Denver was tired of having no answer at QB and Seattle was tired of playing the role of the Atlanta Hawks circa 1980’s. In all honestly though, I think Denver just signed up for a few 10-7ish season with first round exits as they pay their new celebrity QB 25% of their salary cap while the Hawks are crossing their fingers hoping to rekindle some magic from 2010-2012 in the draft.