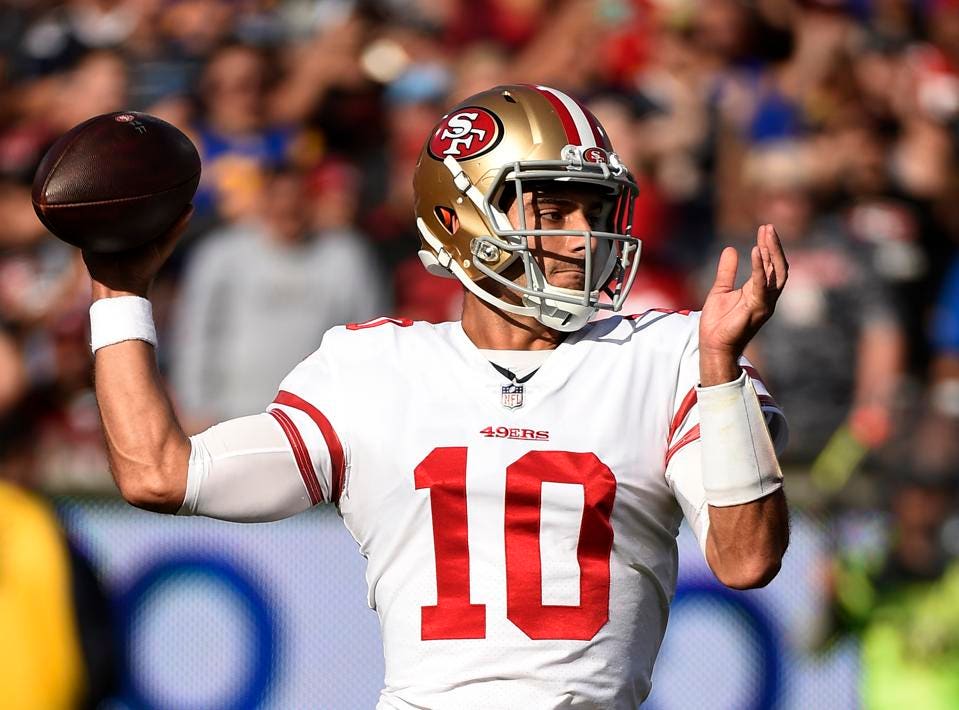 First off, what a Super Bowl!! Sorry, remember I missed last week, so that has to be said on here.

Now….let’s talk about the other big football event from last week.

That guy above you, the guy who has only started 7 games in his career, is now the highest paid player in NFL HISTORY!

Now before we start rioting, this ‘highest paid ever’ moniker will soon be lost fast; Aaron Rodger’s and Matt Ryan’s deal will be coming soon and that will definitely eclipse this one.

There is so much talk about quarterbacks in the NFL, the shortage at the position, how hard it is to find one in any way, and the overall importance of having a quarterback. But doesn’t anyone find this so odd that of all the years to overpay for a QB, it is this one?

Let us look at the final 4 of the NFL this season:

Jacksonville: Bortles was subject to replacement before the season even started. Yes, he kept his gig but even now the Jags are thinking about moving on from him.

Minnesota: They won 13 games with their 3rd string QB. Yeah, not even their backup. And their man was a retread from 2 other teams.

Philadelphia: They won the damn Super Bowl with a guy who was on 3 teams in 3 seasons. And oh yeah, he isn’t even the started headed into next season.

Check this out; 4 of the past 5 MVP winners lost in the Super Bowl (XLVIII: 2nd year pro in Russell, L: a broken down Peyton who couldn’t throw it 20 yards, LI: was Brady so not too surprising, LII: backup QB.) LOST! Yes, they got there, but to think that the only thing that matters is a QB means you are missing the point. In fact I would argue that the one thing all those winning teams have in common is that they are very well coached for the personnel they have.

Jimmy Garoppolo will be tying up over 15% of the 49er’s salary cap next season. I know the Niners have plenty to spend based on their salary dumps. But unless your name is Tom or Aaron, a single player on your team cannot demand 20% of your spendable cash and expect to be a solid team. A very good QB puts you in the running for the title every season, but what makes a team great is balance. Paying your QB that much handcuffs your franchise and prevents that balance.

Just remember Matt Ryan has never made a sack, Aaron Rodgers has 0 interceptions, yet perennial backup Nick Foles has just as many Super Bowl victories as both of them combined. Hmmmm, maybe investing in one guy who has played 7 games total for 5 years is not such a great plan.