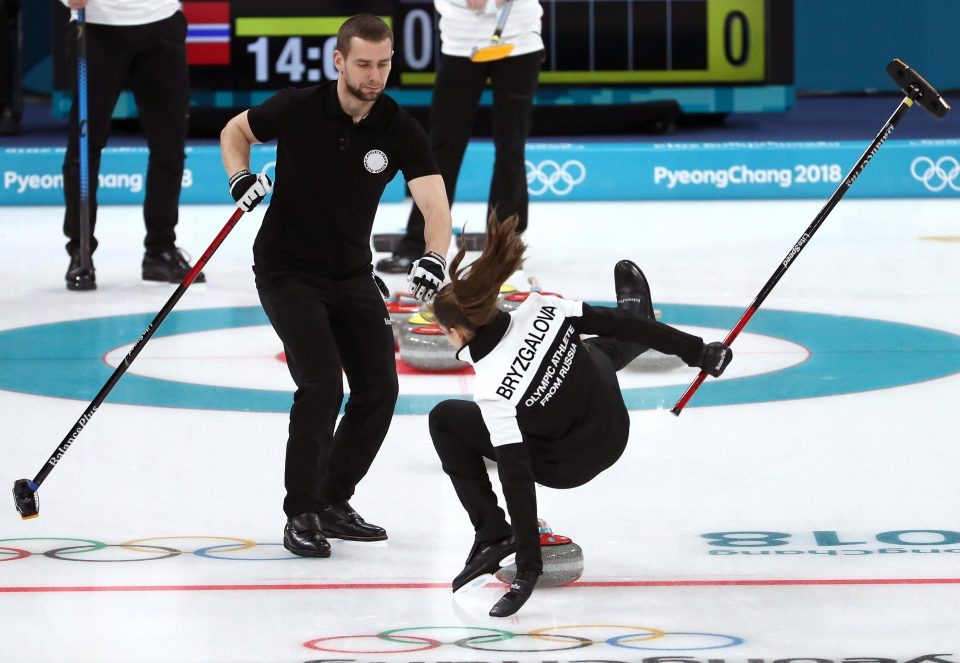 I used to be a big fan of the Olympics. All the fanfare, hoopla, and competition, I thought it was the pure essence of sports.

But if there is anything that this year’s Winter Olympics have shown me is that I am 100% wrong; these games are the antithesis of what I value in sports.

First off, there was some Tongan guy there at the opening ceremonies with his shirt off. All the media swooned. Hmmm, wonder if it was a buxom blonde with a bra on would we all feel the same way.

Secondly, the coverage of the Olympics on NBC are typically awful. All they do is do stupid ‘human interest’ stories about the competitors from America and flex their jingoistic muscle all broadcast. USA! USA! Forget that. I want to see the competition. I want to the see the best in the world go at it in their field. I do not care what country they are from. I do not care about all the little trials and obstacles they had to endure to get where they are now. I want the sport. And I want to see the best they have to offer. Nathan Chen….loser. I don’t need to see the 6th best get a cover story. I want to see that Hanyu guy compete; 2 golds in a row is a big deal.

Finally, I hate the fact these Olympics is a popularity contests nd not about merit. That is what I always pulled me towards sports; the meritocracy of it all. It is not about how pretty you are or how cool others think you are, it is about getting the job done (granted, a line blurred by ESPN every waking day, but sports still has that type of integrity). Maybe I value this because I was not popular in school, or maybe because I am not a big talker (in person) and feel actions should speak for themselves. Maybe I just don’t get it. Anyway, when see this as a real headline:

Well, I know I am out of my element.

It is not cute or fun that some guy finishes last and everyone pats him on the back. Losing is not a disgrace, but celebrating someone who is making a mockery of the competition is a disgrace.

Check this line from the article:

‘According to the Huffington Post, first-time Olympian German Madrazo had never worn a pair of damn skis until last year’

Still cute that he competed? At the Olympics? The highest venue for these sports? That is a joke. I wonder if the 4th place Norwegian who failed to qualify, the guy would beat that last place time by 20 minutes, thinks it is cute to see a beginner get applauded for ‘trying’ at the greatest competition for this event.

Or is it wonderful that Adam Rippon, the man who sucks all the air time out of a media broadcast the same way Trump does, gets all the attention for finishing 10th. 10!!!! Know who Vincent Zhou is? Well, he is an American as well. He finished 7th. Oh, I guess he doesn’t have that sparkling fey personality that is in such high demand.

None of this is what sports is about to me. Sports are about competing. Sports are about trying to win. Sports are about earning your place based on the quality of your work. Obviously NBC and the Winter Olympics crew value very different things about sports than I do. I guess popularity and being loud is still more important than being good. I would have thought we have learned our lesson from 2016.